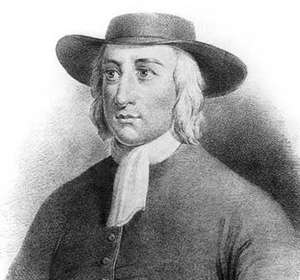 “And to us hereby were the deep things of God revealed, and things unutterable were known and made manifest; and the glory of the Father was revealed, and then began we to sing praises to the Lord God Almighty, and to the Lamb for ever, who had redeemed us to God, and brought us out of the captivity and bondage of the world, and put an end to sin and death; and all this was by and through, and in the light of Christ within us. And much more might be declared hereof, that which could not be believed if it were spoken, of the several and particular operations and manifestations of the everlasting spirit that was given us, and revealed in us. But this is the sum: life and immortality were brought to light, power from on high and wisdom were made manifest, and the day everlasting appeared unto us, and the joyful sun of righteousness did arise and shine forth unto us and in us; and the holy anointing, the everlasting comforter, we received; and the babe of glory was born, and the heir of the promise brought forth to reign over the earth, and over hell and death, whereby we entered into everlasting union, and fellowship, and covenant with the Lord God, whose mercies are sure and infinite, and his promise never fails. We were raised from death to life, and changed from satan’s power to God, and gathered from all the dumb shepherds, and off all the barren mountains, into the fold of eternal peace and rest, and mighty and wonderful things hath the Lord wrought for us, and by us, by his own outstretched arm.

And thus we became followers of the Lamb whithersoever he goes…”

One thought on “George Fox on the experience of early Friends”